I feel I need to share the experience I had a few days ago, because I believe it’s truly amazing.

Yesterday, for the first time in a couple of months, I felt compelled to start sit for spirit again, like I used to do before every Sunday evening (thank you Andrew Manship & Gillian Palmer!). I mean a really proper sit for almost an hour. I prepped my room, put my iPhone on flight mode – since I wanted to play one (Hindi) song, which is only on my phone and I didn’t want to be disturbed of course – and I mentally asked spirit to give me a sign if we would come to the end of the sitting.

After the song was played I felt really relaxed and it didn’t take long before “the usual suspects” arrived (especially my Indian great-grandmother and Dutch nan). Then it went quiet and suddenly I felt myself sitting in an old-fashioned airplane. The one with the double wings and the propeller.

I could hear the noise of the propeller and my attention was drawn to the dashboard – don’t know if that’s the proper word – of the plane for a very long time, one meter in particular. I saw a man beside me, quite tall, with a mustache, wearing his pilot gear and I heard the name Wright. I heard 1928. He looked like he was ready for another adventure, very determined, almost fearless with an army-like behavior, very strict, but with a big laugh. Then I heard the date 10th of February. He did say some things, unfortunately I can’t remember (grrr…..), the only thing I remembered was this: „WHATEVER YOU PERCEIVE, IS WHATEVER YOU BELIEVE”. I sat in the plane for a while, still on the ground.

Then I heard my phone beep, a text message from a friend, some 45 minutes later. Remember: I put my phone on flight mode! It wasn’t in flight mode anymore.

Well, to tell you that I was very excited is an understatement. I was beyond that. I checked the internet later – hurray for Google! – and to my amazement I found the following pictures, exactly how I perceived Orville Wright (because that’s who it was).

He appeared on the cover of Time Magazine on 3 December 1928.

10 February 1909: Board of Regents of Smithsonian Institution recommends that the newly established Langley Medal be awarded to Wilbur and Orville Wright “for advancing the science of aerodromics in its application to aviation by their successful investigations and demonstration of the practicability of mechanical flight by man.”

10 February 1910: the first Langley Medal, awarded “for especially meritorious investigation in connection with the science of aerodromics and its application to aviation,” presented to the Wright brothers by Chief Justice Melville W. Fuller on behalf of the Smithsonian Institution (the world’s largest museum and research complex).

I’m ready for the next flight!

“If we all worked on the assumption that what is accepted as true is really true, there would be little hope of advance” – Orville Wright 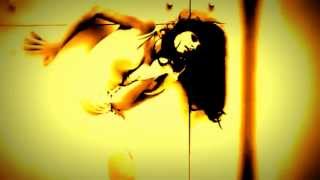 Confident towards the future

Be a force of nature